Anuryzm New Album “All Is Not For All” Now Available! 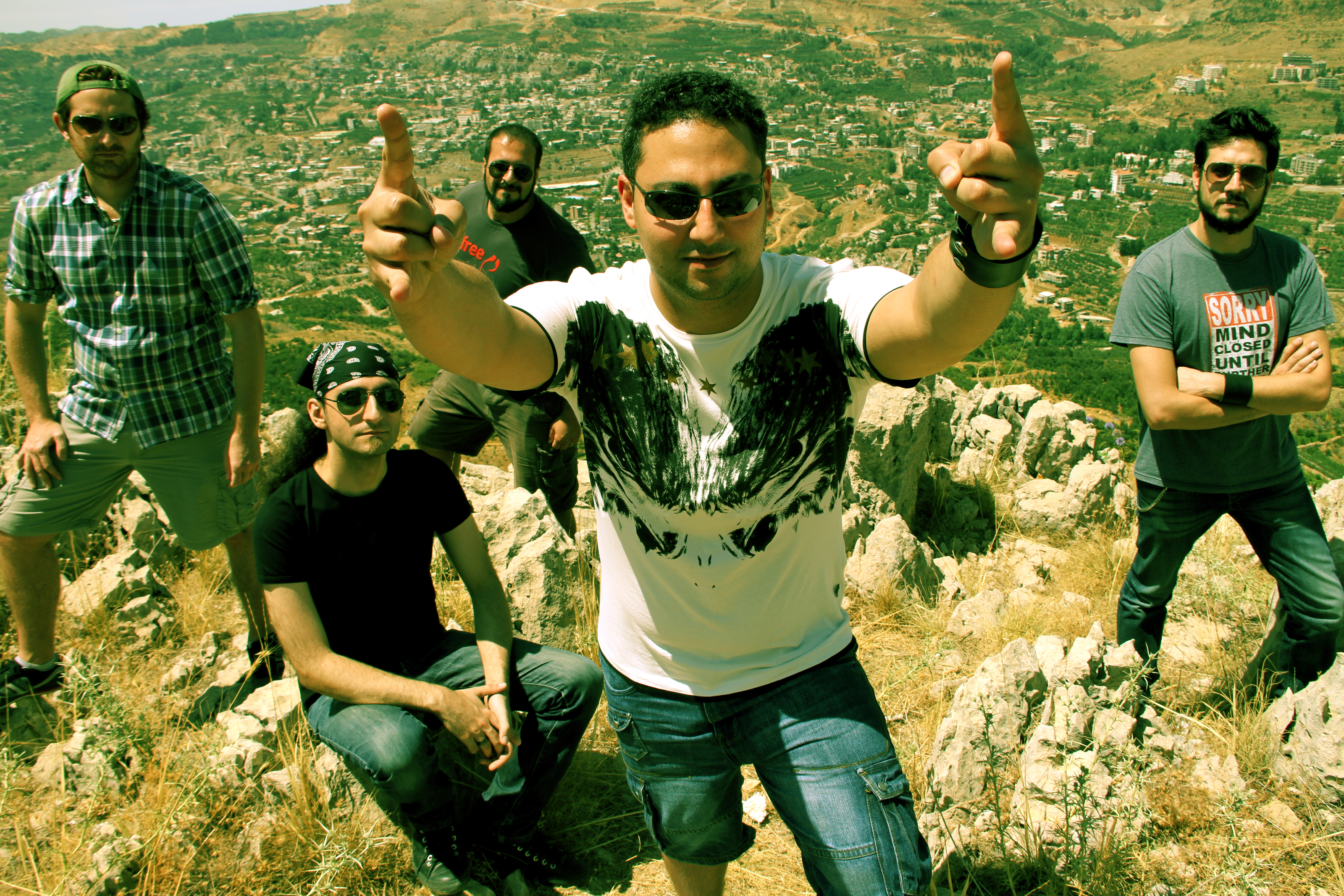 U.A.E. prog metal band “Anuryzm” aim to reach new heights with sophomore release “All Is Not For All”.“All Is Not For All” follows their critically acclaimed debut album “Worm’s Eye View” released in 2011. The new album is an uncompromising collection of carefully calculated songs with an esoteric approach to the instrumentation, and masterful compositions on this release. “All Is Not For All” effortlessly melds elements of progressive metal with power, death, and even thrash metal to solidify their own unique sound. If you listen closely to the music of Anuryzm you may even hear elements and an underlying familiarity of bands that have influenced Anuryzm …….over the years, touches of Opeth, Megadeth, Iron Maiden and even Queensrÿche make for an incredibly compelling listen. Anuryzm have released two singles from the new album the first single “Humanoid” was released April 12th 2015. “Humanoid” is a Sci-Fi epic about being watched by intelligent ETs. They recognize that humans are a flawed and doomed species. They question whether they started us off on the right path to technological awakening or whether it was a mistake to give away knowledge. The second single Depolarized” was released May 18, 2015. The song is about the world shifting polarities and the cataclysmic results of such developments. This can also be easily reduced to relate to the human condition.“Anuryzm have raised an army of venerable musicians from the music world to take up arms on the new album, with guest collaborations from the likes of Michael Lepond (Symphony X), Uri Dijk (Textures & Ethereal), Charlie Zeleny (Whiplash), and interestingly, Christopher Chaplin (actor, musician and the youngest son of the late icon Charlie Chaplin) who plays Cello on “Oceans Apart”. According to the band, “Thematically the album’s songs span a variety of topics including humbleness, nanotechnology, illness, astral projection, extraterrestrial encounters, love, longing and remorse, third culture upbringing, displacement and Japanese warrior code (Bushido) to name a few.” KERRANG! Magazine recently featured “All Is Not For All”  as album sleeve of the week!! This is definitely one of those albums where the more times you listen to it, the more you hear. It’s a lot to take in, too intense maybe to be able to highlight and appreciate the key moments.  There’s so much going on that there’s a risk of being left in the headlights. It’s also like walk through a sweet shop, such is the colour and variety on offer. Without doubt, this is a work of high quality. (8/10 Andrew Doherty)  http://www.avenoctum.com Track Listing: 1. Mineral (05:20) 2. Full Agonist (05:36) 3. Humanoid (06:58) 4. Depolarized (06:06) 5. The Challenger  (06:58) 6. Oceans Apart  (03:57) 7. All Is Not for All  (07:35) 8. 199x  (06:21) 9. Impermanence  (07:00) 10. Perispirit (07:48) ((((( ALBUM PREVIEW HERE ))))) Musicians on the album: John Bakhos (Guitars & Synths) Nadeem Bibby (Vocals), Miltiadis Kyvernitis (Additional Backing Vocals) Michael LePond (Bass) Charley Zeleny (Drums), Uri Dijk (Synths), Christopher Chaplin (Orchestral Strings on Oceans Apart). Touring Band: Nadeem Bibby (Vocals), John Bakhos (Guitars), Jay Jahed (Synths), Imad Dahleh (Drums), Rany Battikh (Bass). Recorded by: John Bakhos & Miltiadis Kyvernitis Engineered by: Miltiadis Kyvernitis Mastered by: Three time Grammy Award Winning Audio Mastering Engineer; Bob Katz. Previous praise for Anuryzm: “This is broad reaching progressive metal that exhibits a gleeful disregard for traditional limits and a satisfyingly unpredictable melodic sensibility that glues the remarkably accomplished individual performances together.” – Metal Hammer The Band have also been featured in: Terrorizer, Rolling Stone, Metal Underground and more. Follow: Official Website: www.ANURYZM.com YouTube www.youtube.com/ANURYZM Facebook: www.facebook.com/ANURYZM Twitter: http://www.twitter.com/ANURYZM ReverbNation: http://www.reverbnation.com/ANURYZM SoundCloud: http://www.soundcloud.com/ANURYZM MySpace: http://www.myspace.com/ANURYZM Instagram: instagram.com/anuryzmband Melodic Revolution Records: https://mrrmusic.com/anuryzm/ Management: Elia Mssawir +97156 771 8676 E.M. Management Abu Dhabi, U.A.E. E‐mail: eliamssawir@gmail.com Press Contact: Will Vincent +44 1223 505328 PRESCRIPTION PR E‐mail: will@prescriptionpr.co.uk 23‐25 Gwydir Street, Cambridge CB1 2LG, United Kingdom