A year passes and we aren’t sure where the time has gone. Memories are made and tucked away for another day. Sadness for the loss of a friend, a brilliantly talented musician and incredible human turns to action to give him the legacy that he deserves. Colin Tench, WE SALUTE YOU!

One year ago we lost Colin Tench, he had just completed his final work minor Masterpiece, and a masterpiece of musical artistry it is. The news of his passing was devastating to not only the management and staff of Melodic Revolution Records (MRR) but to the musicians on the label who were his musical family. So many of them had worked with Colin over the years; and his energy and exuberance for music and life had been infectious, inspiring several projects in his wake. For a time we stood in silence, but now we must come from under our mourning shroud to unveil the legacy of music he has left us and to celebrate a life well-lived. 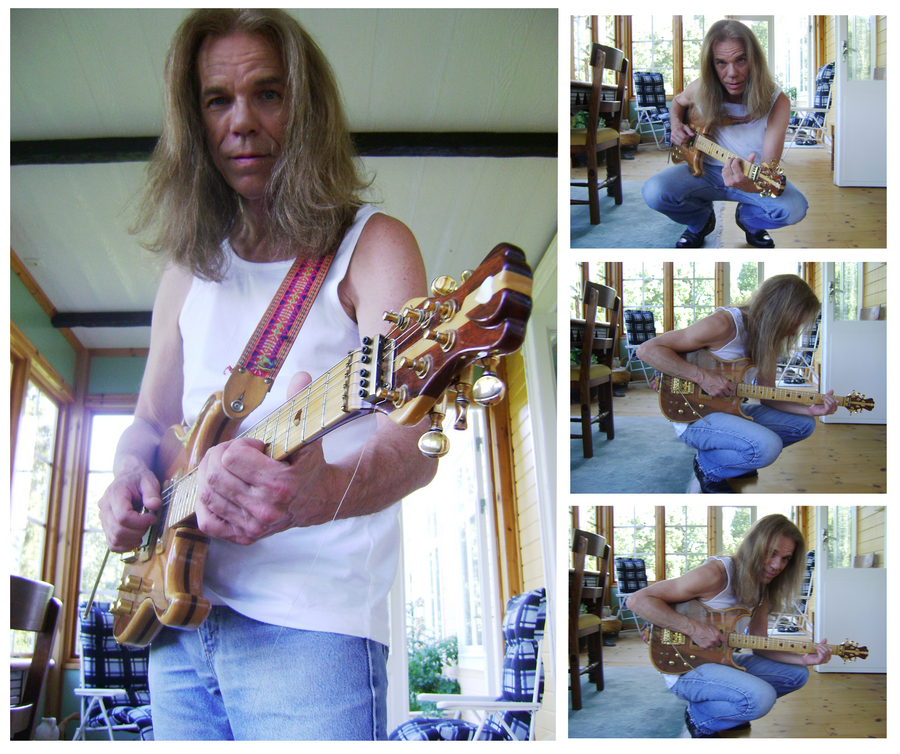 During the past year members of the Tench Family: Amanda and Jim Tench, Colin’s brother and sister-in-law would have the very difficult task as executors of Colin’s estate. They contacted MRR and asked if we would work with them in keeping Colin’s legacy alive by selling and promoting all of his releases and donating the net proceeds from the sales of his work to two charities of the estate’s choice. Without hesitation, MRR became involved in this monumental task to immortalize Colin’s work in musical history. MRR had been fortunate to work with Colin during his lifetime on various projects and releases; this project became a labor of love for the label.

His music will continue to be available via all digital outlets worldwide, with physical distribution via Melodic Revolution Records, Amazon, CD Baby and an all New Bandcamp store that features the work of Colin Tench in all his various incarnations: BunChakeze, Odin of London, Corvus Stone, Colin Tench Project, Andy John Bradford’s Oceans5, as well as his work with Transmission Rails, Andres Guazzelli, The Minstrel’s Ghost and Murky Red. Our goal is to keep Colin’s legacy alive and well for generations of new fans to enjoy his wonderful music. The new Bandcamp store “The Music and Projects of Colin Tench” will give people a chance to discover the many different artists that Colin had worked with over the years. “The Music and Projects of Colin Tench” Bandcamp store will open On December 27th a year to the date of Colin’s passing. Colin was only 63 when he passed away peacefully due to natural causes; some candles burn with great intensity for only a short time and leave us with eternal light.

In a statement from Colin’s Brother Jim Tench
As a young boy, my brother Colin had a fascination for insects and other small creatures which escalated later in his adult life to include a love and respect for wildlife, especially large mammals. He was very passionate about scuba diving and enjoyed swimming with, and filming, aquatic wonders too. His heart was very much in preserving, and not destroying, this amazing planet we live on. Music was also very dear to his heart and he became very disappointed in the post 70’s manufactured sound – he believed music should be an expression of your soul and not a path to fill three minutes of radio space and fifteen minutes of fame.

Prog Rock gave Colin hope that there were like-minded people, all around the world that would be able to come together via the internet and keep this incredible music genre alive. Colin gave 100% of his time for many years to try to achieve this – I think we can all agree he succeeded.

Myself, Colin’s younger brother David, and our mum Joan felt that it would be Colin’s wishes to donate all net profits from the sale of his music to benefit two charities dear to his heart. As Colin subscribed to and donated to, the World Wildlife Fund (and visited many of their sanctuaries around the world) we felt this would be a natural choice. The second charity is the Mr. Holland’s Opus Foundation that helps fund young musicians who need financial support to purchase their own instruments so they can explore and develop their musical talents. We believe this to be an incredible legacy left behind by Colin and one that he would be very proud to be a part of. Jackie Aris has also been very much involved in this process, having shared their lives together for 29 years she truly knew his passions and causes in life. We thank Jackie from the bottom of our hearts for donating the funds to ship Colin’s CDs to MRR for circulation.
Thank you to MRR for their dedication and support to make this possible, and to every single one of Colin’s friends, musician buddies and fans around the world.
Jim Tench