Fans and Critics Agree… That Avant Garde Proggers Corvus Stone Have Returned With A Smashing Follow Up to Their Critically Acclaimed Debut. Corvus Stone II Features Special Guest Appearances by Sean Filkins, Phil Naro & German Vergara among others. The Digital version of Corvus Stone II was released September 30th 2014 and the album has already gained a major foothold amongst some of the biggest name releases to come out in the same period like Enchant and Pendragon. It has been floating at the Top 10 new digital albums as well as Best new Progressive rock releases on Amazon, and it’s even held the number one slot a few times in both categories, It’s also considered one of the best new albums on ProgArchives as well as being at the top heap of the Top Crossover Prog Band with bands like Supertramp, Mike Oldfield, Steven Wilson and Peter Gabriel among others.  The pre-sales of the CDs are also doing extremely well with orders coming in from all over the world. At this rate it could easily become a contender for album of the year. Here Is What’s Being Said About Corvus Stone II: This album is a festival of musical sounds, as diverse as the origin of the musicians involved. While music in general is in the field of progressive rock, it’s easy to notice that the band doesn’t care about labels. Progressive rock is a means to sublimate their influences rather than an end in itself. Therefore, you will hear pop (the baroque echoes of the harpsichord in the opener with beatlesque vocal harmonies, the pastoral accents of “Eternal universe”). Other popular forms of music are also represented. Corvus Stone are a band that don’t take themselves seriously, and this aspect should be taken into account when reviewing their works. Thanks to their experience in music, a great musicianship and a sense of humor, they deliver a music that is heartfelt, not dictated by any trend of the moment, and that will put a smile on your face and certainly make your day. Written by Lucas: ProgArchives The music varies throughout from jazz fusion, to spacey keyboard dominated instrumentals, to classic 70s rock with heavy lashings of electric guitar. There are some masterful tracks on offer, and Corvus Stone blend many genres to form one incredible album. The passion of the musicians as they play together is infectious, and it is a joyous labor of love from beginning to end. I was delighted that the band were able to create such a dynamic sound, that is highly innovative and brimming over with virtuoso skill. Written by AtomicCrimsonRush This dynamic band is made up of some of today’s most innovative and gifted independent musicians to grace my headphones. If you’re a Prog-rock fan this is your last stop, not much to find that’s beyond Corvus Stone II. This is what happens when you take a virtuoso guitarist, that can play any given amount of beautiful notes in any determined space of time, with a virtuoso keyboardist, who’s shear talent and ability defies all logic, a drummer, that can beat out varied rhythms until your ears go numb, and a bass master, that can, unbelievably, keep up with the other 3 guys in this group! Written by Rick Jamm: Jamsphere.com Wow Corvus Stone 2 what a great piece of work and follow up to the first Corvus Stone disk you know I wasn’t sure what to expect but I heard a sample and I thought I would give the digital download a shot. Best purchase of music I made all year it is witty and it rocks the sounds is superb it is now in permanent rotation in my CD changer after I burned it to disk My Favorite tune on it is really hard to pick as I dig them all Mr. Cha Cha is an awesome instrumental and A Simple Life is an awesome song to start the album off Boots For Hire is also a stellar track I am very impressed with this group this piece of work stands up to some of my all time favorite Prog Bands I highly recommend this one. And see no problem giving this a 5 star rating! Written by CargonaHarleyNow: ProgArchives 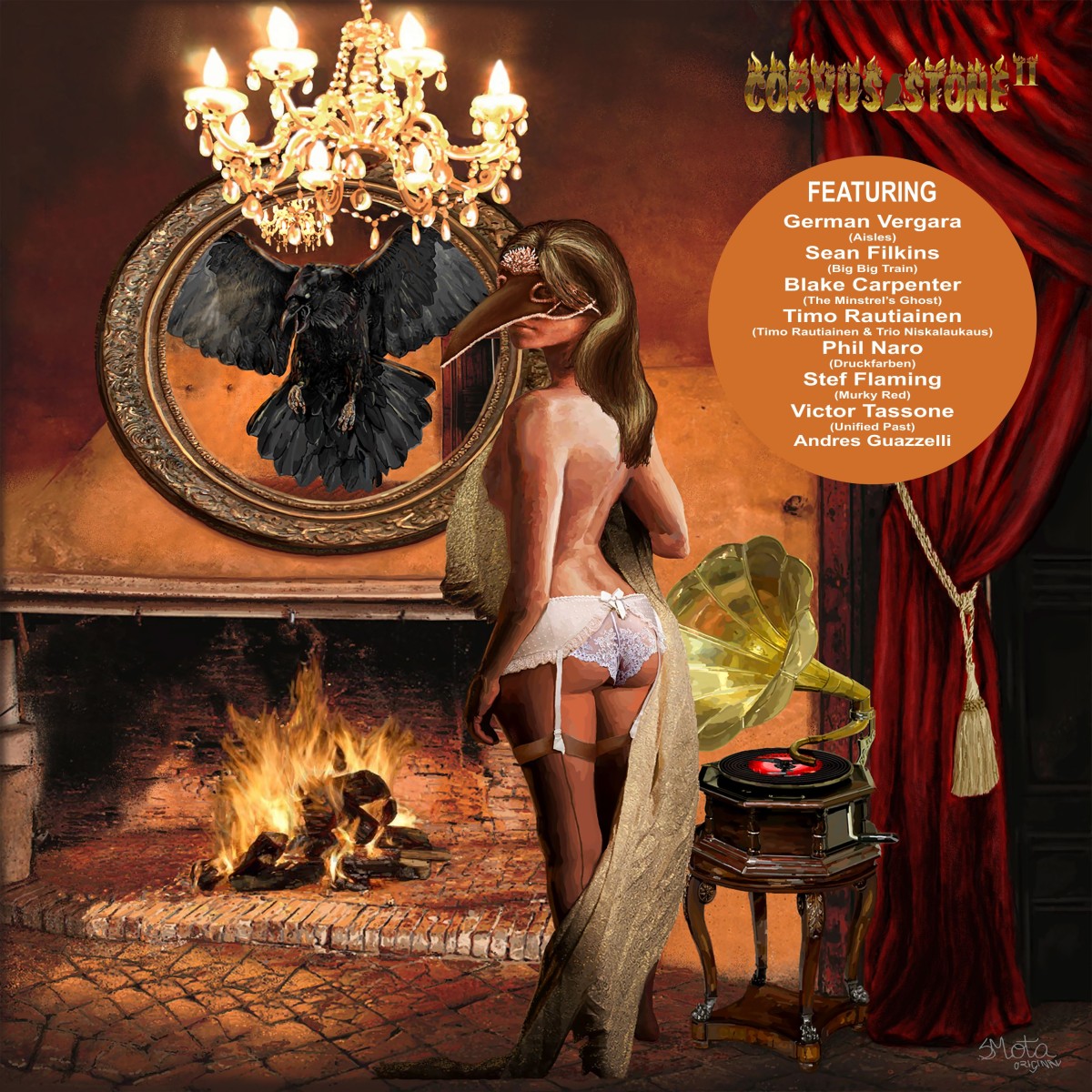