Released on Melodic Revolution Records, a leading progressive rock label based in the U.S., GUILTY OF INNOCENCE features 10 tracks. Most of the album’s songs fuse lyrical and sonic elements heard in Tool, Tom Morello, Jack Bruce, and Jean-Luc Ponty. “Dream Diary Cadenza” is an instrumental solo piece from Joe’s “DREAM DIARY” Concerto for Orchestra and Electric Violin, which he debuted with the Muncie Symphony Orchestra in 2015. The album’s closing song is an epic 12 -minute piece which has Joe singing, “If music be the food of love, play on.” The song features Testament/TSO/Metal Allegiance guitarist Alex Skolnick, Renaissance’s keyboardist Rave Tesar, and the Fringe’s Randy McStine.

STRATOSPHEERIUS members include French guitarist Aurelien Budynek (Cindy Blackman, Vernon Reid), bassist Jamie Bishop (The Syn, Francis Dunnery), and drummer Lucianna Padmore, praised by Modern Drummer Magazine for her “Deep grooves and serious fusion chops.” Lucianna wrote “Affluenza,” on the album, and Joe wrote everything else except for “Hysteria,” a reimagined, Queen-esque version of the hit by the UK band Muse.

Reviews of GUILTY OF INNOCENCE have been exciting.
Zachary Nathanson’s MUSIC FROM THE OTHER SIDE OF THE ROOM blog states, “While Joe’s vocal arrangements are brilliant, alongside his electric violin comparing to Curved Air’s Darryl Way, Mahavishnu Orchestra’s Jerry Goodman, and Frank Zappa alumni Jean-Luc Ponty, they take inspirations between Zappa, King Crimson, Yes, and Muse…Guilty of Innocence is not only great but one of the most hectic and heart-stopping albums I’ve listened to.”

Writes Haydn Seek at SkeletonPete.com: “Deninzon and company’s virtuosity is undeniable, but their arrangements smartly favor the integrity of the song. Like the best heavy rock tunes of the past, soloing is integral to structure rather than presented for the sake of blowing. It’s progressive music that’s not afraid of a catchy chorus. Even the 12-minute closing track “Soul Food” is a well-crafted multi-tempo road trip. It ventures into magnum opus territory where ’70s rockers Kansas were at home, and features guest artist guitarist Alex Skolnick.”

Warlock Asylum International News loves Joe’s cover of Muse’s “Hysteria.” “Deninzon’s perfect vocal delivery and skills as a violinist. Stratospheerius is as tight as ever and really create a strong organic melody comparable to the original. Bravo! This is music!”

Joe Deninzon & Stratospheerius has showcased their “frenzied melange of progressive rock, jazz fusion, and funkabilly” at colleges, festivals, and clubs throughout the US and has opened for Tim Reynolds, Mickey Hart (Grateful Dead), Martin Barre (Jethro Tull), Mike Stern, Project Object, and John Scofield. The group was a winner of the John Lennon International Songwriting Competition and the Musicians Atlas Independent Music Awards, and Joe is a repeat recipient of a BMI Jazz composers award. A favorite among violinists everywhere and an active clinician, Joe is the author of the Mel Bay-published book, ”Plugging In: A Guide to Gear and New Techniques for the 21st Century.” 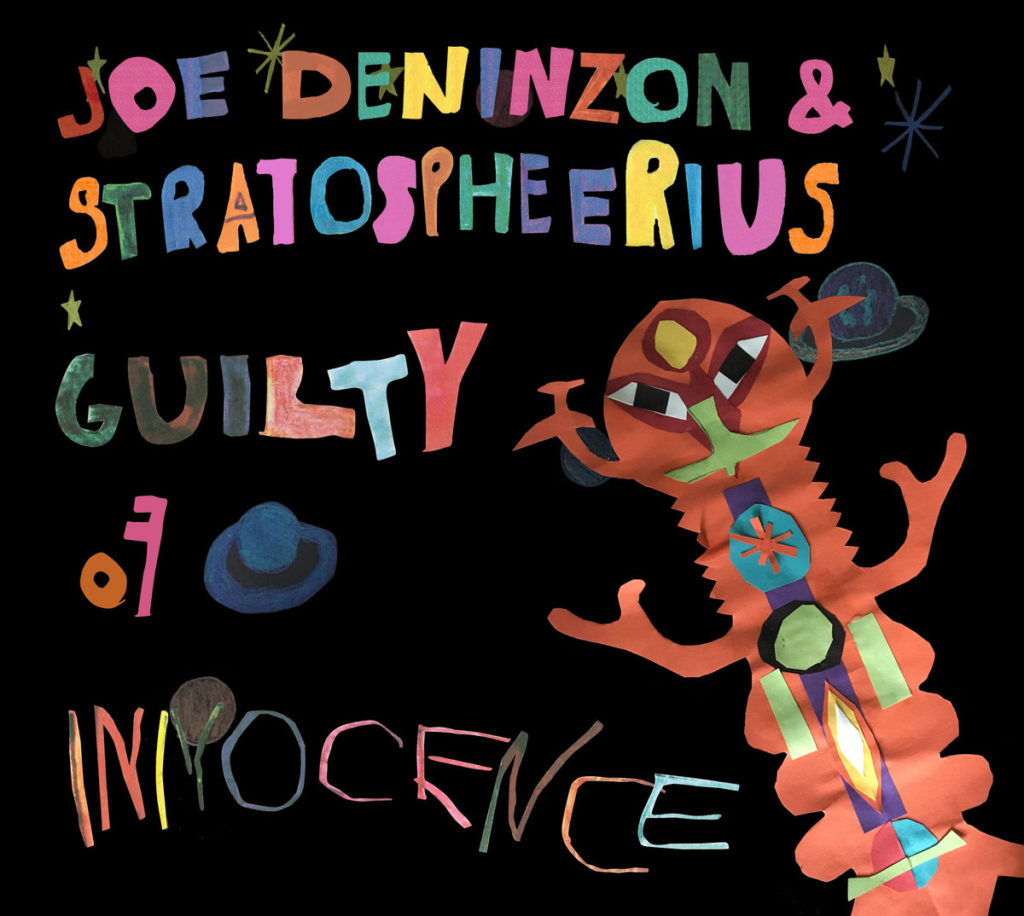 Along with the album’s release, Deninzon is touring actively this fall with Stratospheerius, as well as his Latin jazz String Quartet Sweet Plantain (who also will be part of classic rock group Renaissance’s concerts for the recording of their upcoming Symphonic Album. Joe is soloing on electric violin for the performances, as well).

Shows with Sweet Plantain & Renaissance can be viewed at
https://joedeninzon.com/shows/