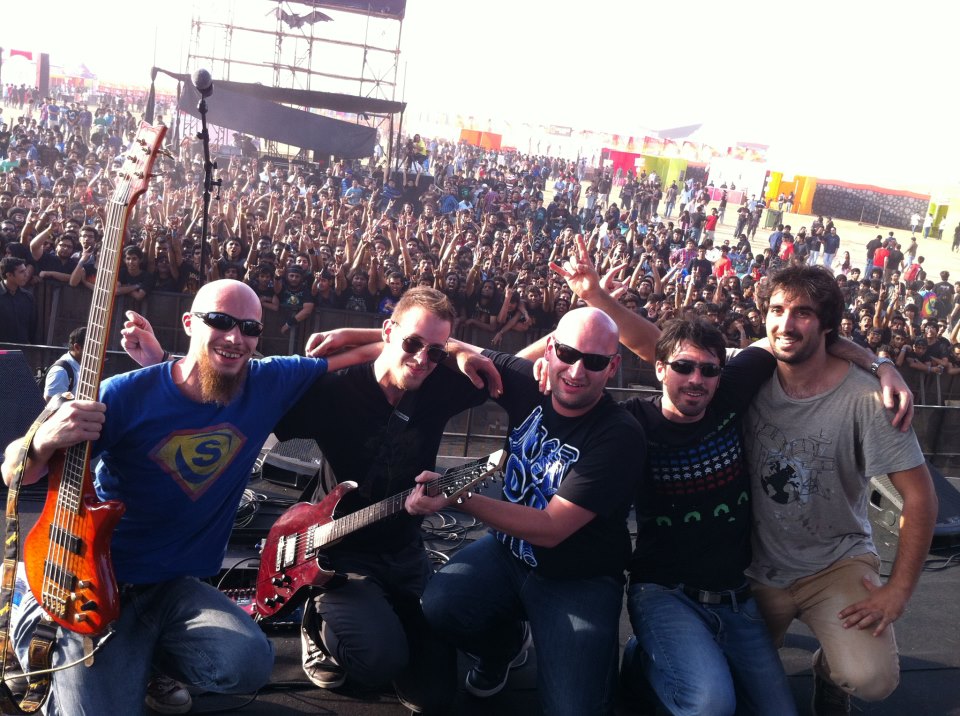 Combining the emotional with the intellectual, Solstice Coil is Israel’s first alt-prog-rock band to be formed on the web.

Operating for over a decade, Solstice Coil blends the powerful sound and emotional charge of international alternative rock with the precise compositions and arrangements of progressive rock, with major influences such as Radiohead, Muse, Porcupine Tree, Oceansize, The Mars Volta and Dream Theater.

The band’s debut album, ‘A Prescription for Paper Cuts’ (2005), was well received by the global progressive rock community, both online and offline. The album received several awards and the band was invited to play at the Spirit of 66′ club in Belgium under the ‘2006 Prog Resiste’ Annual Convention’.

After four years of playing live concerts and working on new materials, Solstice Coil returned to the studio to work on their second album, ‘Natural Causes’. In this album, the band presents a darker and heavier sound alongside a more mature songwriting style, while maintaining their previous level of sophistication and innovation.

Natural Causes was released on June 21, 2011 on Melodic Revolution Records and received dozens of favorable reviews, citing it as a formidable follow up to the band’s debut album.

Solstice Coil is currently operating with a new rhythm section and working on its third studio album.