During the time we were working on the most recent Ten Jinn release, Sisyphus, came the very sad news about the passing of David Bowie.  At the time (though we were very busy with working on the album and dealing with the upcoming release in 2017) I suggested to the other Ten Jinn members that as soon as Sisyphus was completed, we should record a David Bowie tribute record before preparing for live shows or recording the next Ten Jinn Record, Worlds (the Four Worlds of the Hopi). While I was very excited about the prospect of playing live again and getting on to Worlds (I even completed the first draft of the score) I felt very strongly about taking this detour in order to pay my respects to an artist, who was probably the single most important influence in my development as a musician in general and vocalist in particular. 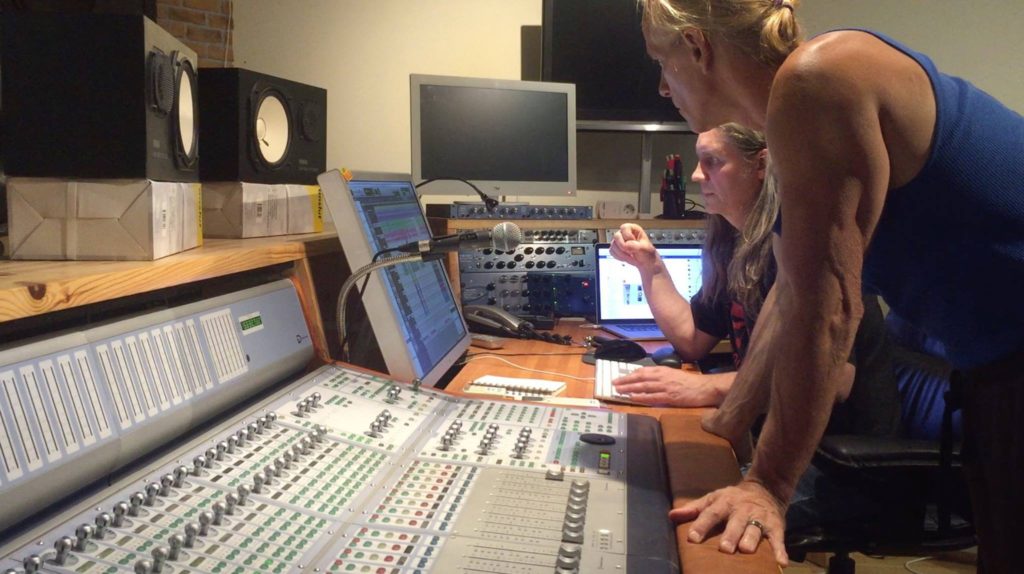 John and Ken in the studio mixing Sisyphus, October 3, 2016

Choosing the songs for the record was not an easy thing (as there are so many great Bowie tunes) but one thing we decided on right away was to avoid any of the major hits from the 1980s or things we thought a lot of other people might do. Since I was the one doing the lead vocals on the record, the band mostly supported me in the suggestions I made. At one point I thought it would be really cool to do a version of Blackstar, but since it was from Bowie’s last album, it seemed perhaps a bit disrespectful to do so soon after his death. In the end, we decided on material mostly from the 1970s with a couple of tunes from the late 1990s thrown in. All of the songs on this record have deep meaning for me and, in no particular order, include: 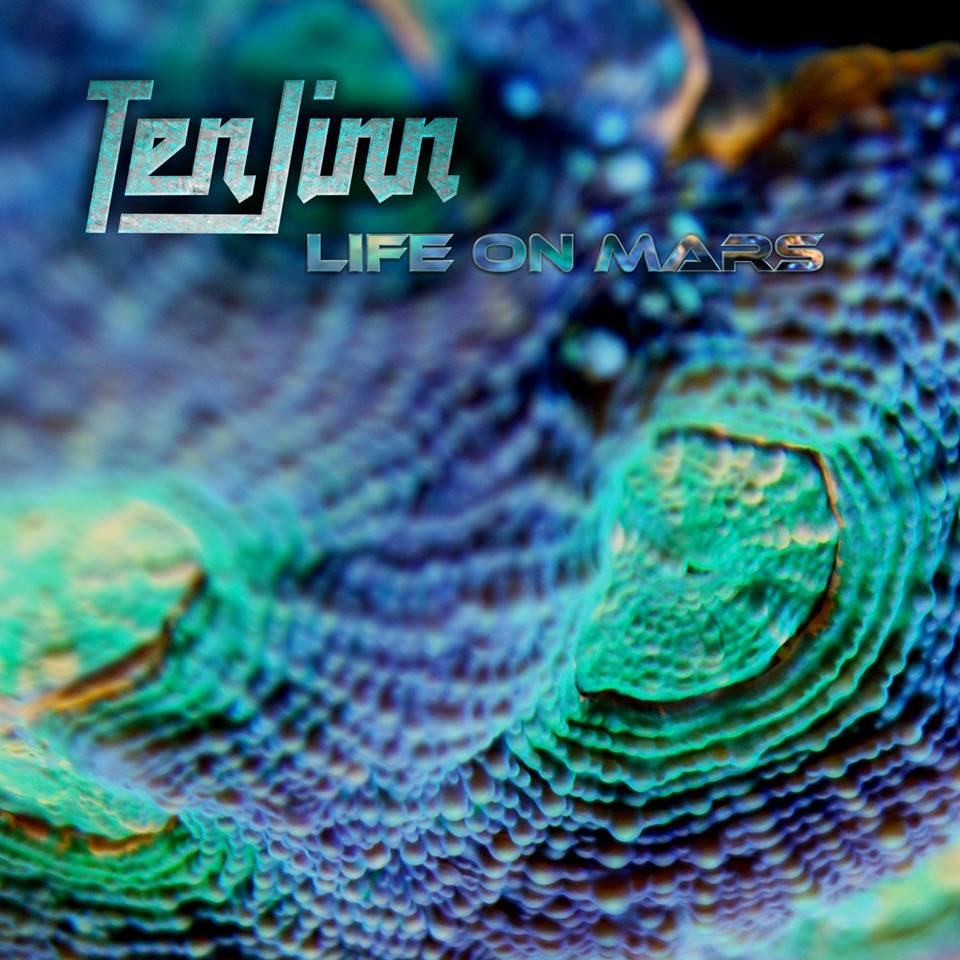 Ten Jinn released their fourth album “Sisyphus” on CD at the Majestic Theater in Gettysburg, PA during Rosfest: May 5th, 2018.

Sisyphus was originally released in Europe as a digital-only album in 2017.

About The Album
Sisyphus is an eight-part programmatic work that tells the story of the founder and King of Corinth after whom it is named. Because of affronts to the gods while alive, Sisyphus was condemned in death to spend eternity in Hades rolling a boulder to the top of a mountain, only to have it roll back down each time he completed the task; this also speaks to the essay, “The Myth of Sisyphus,” by Albert Camus, who used the myth as a means to comment on the senseless, repetitive drudgery of modern life.

Originally written as a classical work (a symphonic poem for string orchestra and piano) the Ten Jinn production involved reworking the piece to include the addition of rock instrumentation. We got the idea to add vocals to make it more consistent with earlier Ten Jinn albums, and the plan was then to fill out the record with other new material; however, at one point during the process we decided to do an instrumental mix and use it as a “flip-side,” instead, because we wanted to include a version that was representative of the original idea, which had its own unique “flavor.”

What the Critics are saying.
is it classical or prog? The answer is yes. All that’s missing is more of the same, which hopefully will come sooner than later from this seriously underrated act.
4 1/2 out of 5 Stars
– John Collinge, Progression Magazine

If you enjoy the band Enid, you will enjoy this one as well, and won’t get bored a minute here.
4 out of 5 Stars
– rdtprog, Prog Archives