Dear friends, music lovers and random passers by! Several months ago I announced that Transport Aerian has started working on the new album, under the title Darkblue. After that, I slipped out of the information space, fading from the sight of the virtual and physical existence. This was not a hibernation. Behind the stages and in the shadows of silence I am actively shaping the material that will be the next album. Now, after a couple of months of work and dozens of thoughts, ideas and bits of lyrics written, I have finally come to terms with the recordings, and this is why I was not giving you many updates recently: I prefer to concentrate on the music in process of its creation, not letting any influence in, and not letting much of the energy out. It is necessary as I still believe in a somewhat romantic idea that music is about capturing the spirit, rather than stamping the product meant utterly to fill your followers expectations or, even less, your pockets. This is one of the reasons why Darkblue is drastically, incomparably different from my previous recording experiences and than my previous album, which essentially brought me back into the existence as an artistic power and opened a plenty of horizons that await to be engaged. But I think now the time has come for me to open a little bit more of what I’m slowly putting together. Unlike Bleeding, which was mostly but a set of songs, bound together by one mood, or rather, by a desperate need to shout in the desert in hope to hear some echoes, the Darkblue will be a conceptual album. That said, it is not merely a set of songs bound with the same emotional state, which I did the previous times, rather, it is the one-piece musical diary that tells the surreal love story, which is being recited throughout the album’s temporal and spatial space from the face of two main characters. This makes the album not only essentially different as it does have a plot and the story line, but it also makes it different on the way it is constructed, as it has no songs, it has one piece to comprehend entirely. I am aware that this approach, however, most likely murders the album as a commercial effort. I am not only aware of that, I’m also absolutely happy and conscious about that decision, because I dedicate what I’m doing to those who are willing to hear, and willing to participate and share the energy of music with me. I do not try to knock on the deaf and blind shut door of the mainstream media, stage or genre-oriented or utterly tasteless auditorium. I believe what I’m doing is for those who is capable to let the spirit in only. You are one of those, because you are reading this. You were probably one of those, because my previous effort, a shout out in the desert, a cry of coming back to life after a painful experience of being shattered to pieces was not unheard or unnoticed. And that’s why now I feel the freedom of doing what I feel like. And you, the ones who believed in me, gave me that freedom. A few months of work and a year of conceiving was actually almost enough to record the majority of parts. I have recorded and written all the instruments on my own, mostly in my own small and cosy home studio. As Darkblue is a story-telling album, and it has two main characters, one of which, a lonesome and broken exile — is represented by myself, and the other  – by the very special guest singer, whose participation made this album very special sound and energy-wise, but whose identity I will keep in secret until the later date. The release date is still to be announced, as its being discussed with the amazingly helpful label Melodic Revolution Records, which will be helping us bringing the album into the world and I must say it is relieving to have such a helping hand in this journey. As I’m aware that music only might be not enough for the album to become truly a piece of art, and as I intend to keep on with the high standards of the physical releases, the next step will be putting together an appropriate visual design. I strongly believe that the album is not but a set of songs, rather its an artwork, a package, a physical artifact that you’d find pleasant to hold in your hands. Right now I’m working on the different design concepts and look for the artists who can make it happen. In any case I intend to keep the visual side on the level appropriate to the modern standards of real music, hence it is most likely that the physical form of the album will include some exclusive package. To finish this transitional update, and give you something to consider before more will be ready to come, let me introduce you to this teaser, which shows some aspects of the incoming album more precisely. I trust in your helping hand for making this all happen. 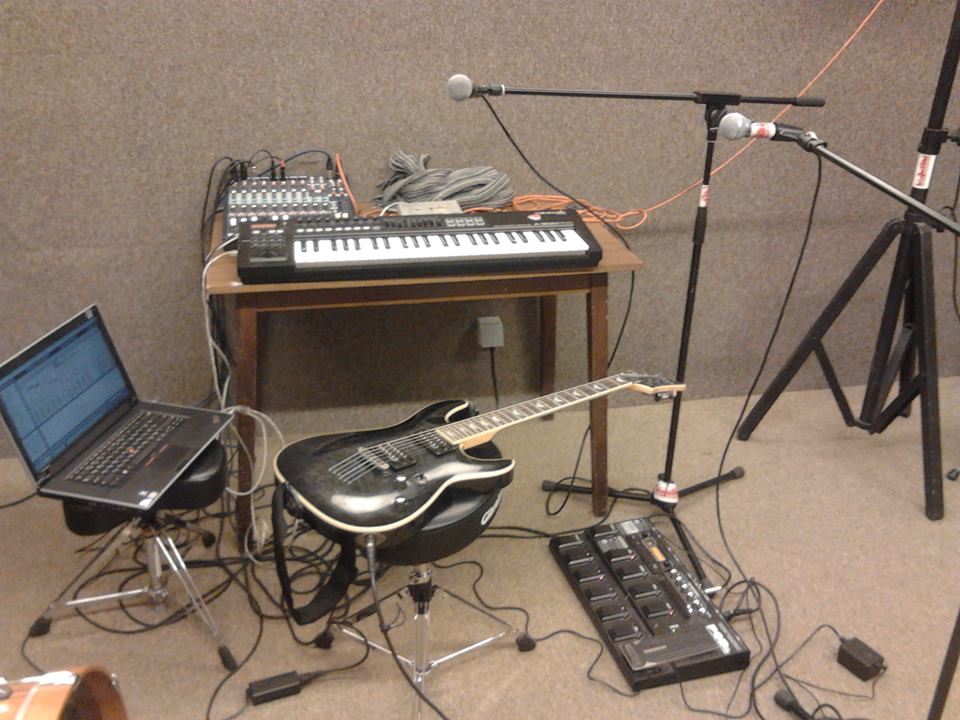