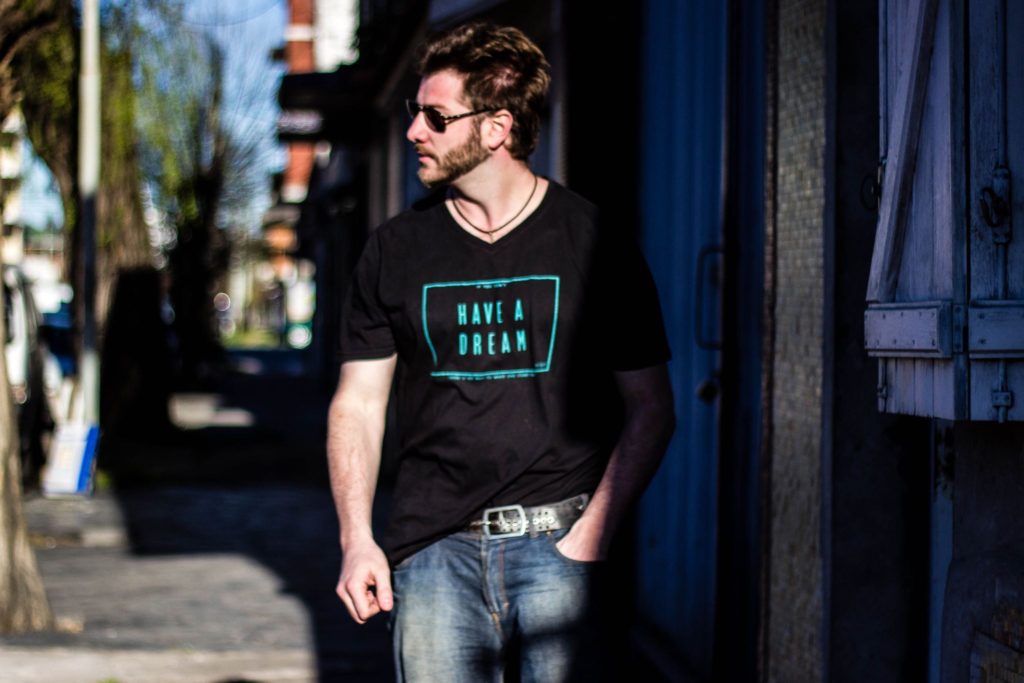 He earned a college degree in Audio Engineering, Music Production & Audio Post-Production for Film while continuing his studies in Music Theory, Harmony and Baroque Composing. A classically-trained musician, Andres combines heavy orchestral work with the edginess and modern textures of progressive rock and the brass-driven dramatic scores from epic films. His music contains strong influences of baroque and classical music, as well as medieval and renaissance music, within the frame of symphonic rock.

Between 2011 and 2012, he was asked to temporarily replace Guille Josef as the lead vocalist of the now defunct symphonic rock band The Abaddyon Project.

He spent the last months of 2011 and early 2012 working on a 35-minute short film, ‘V.II‘, a thriller in which he was in charge of Sound Design and Editing, ADR Recording & Mixing, worked as a Foley Artist and Engineer and composed the original score. ‘V.II‘ ultimately became the first local independent film to be premiered on a commercial theater. To date, he has worked in over 30 films.

2013 was Guazzelli’s breakthrough year: He collaborated with international prog acts Corvus Stone and Andy John Bradford’s Oceans 5, lent his voice for the Android game Ninja Runner and ultimately released his debut EP ‘Wish You Could Hear‘.

2015 saw the release of “Overture,” the first single from his upcoming album “Wotan: The Untold Story“, a colossal 110-minutes long rock opera, based on the novel of the same name and featuring 70 guest artists from 25 different countries.

In addition to his music career, since 2016 he works as a professor at ThinkAudio, educating the new generation of audio engineers. He’s in charge of the lectures Mixing I & II, Musical Production II and Audio Post-Production for Films.

Following the decision to put “Wötan: The Untold Story” on hiatus, Andres embarked on a sonic experimentation journey, expanding his compositional style away from orchestral and cinematographic and more towards a more straightforward and lyrics-driven style. Thus, “World Citizen” was born.

The album is a clear showcase of Andres‘ paradigm change regarding his compositional style, straying away from sheer progressive and symphonic rock and venturing deeper into a more Argentinian folkloric-based music. Never fully leaving his progressive roots, Andres allows himself to incorporate native folkloric instruments such as the bandoneón, bombo legüero, and quena while borrowing elements, cadences and sounds from Argentine tango, chacarera, and zamba.

The album is currently under production and it is expected to see the light of day by August 2018. Its first single, “August (in Memory of Colin Tench),” will be released on February 3rd via Melodic Revolution Records and will be available on all major digital outlets.