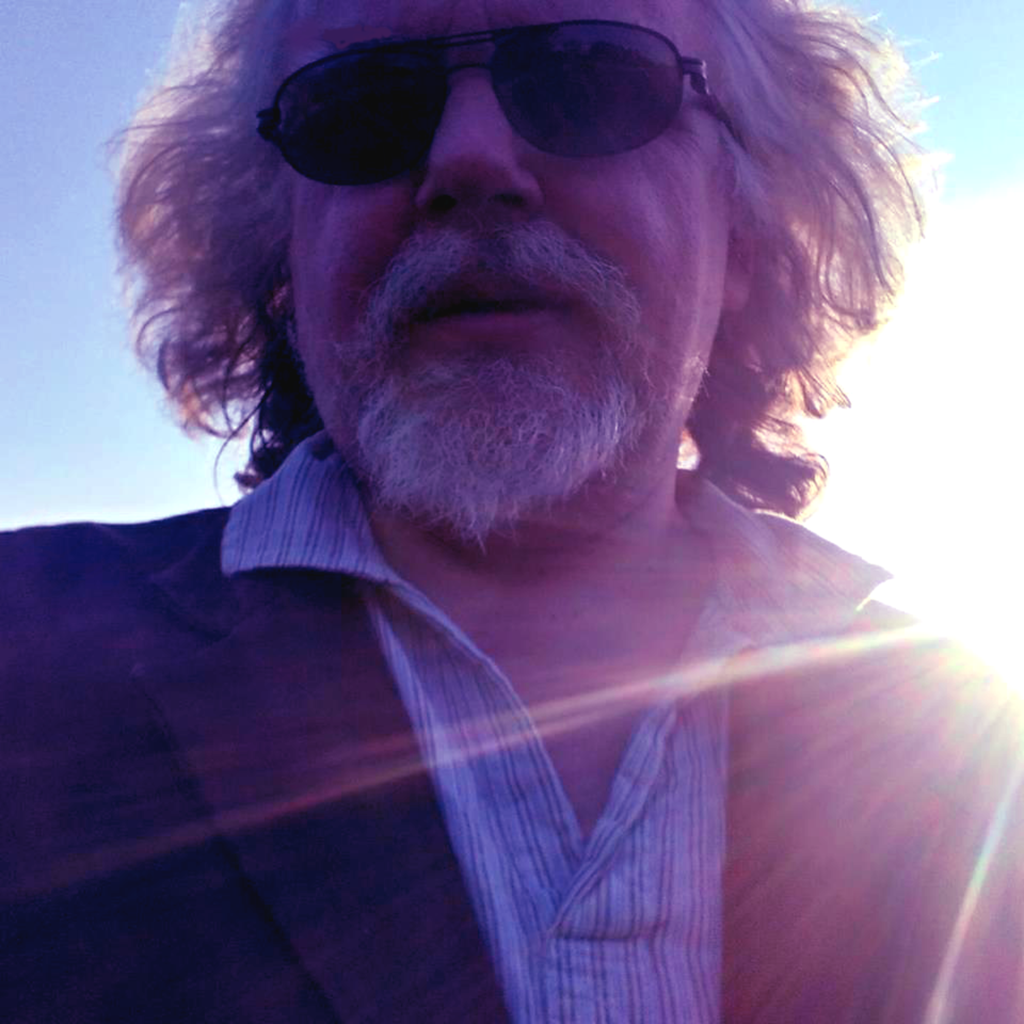 Andy John Bradford is a Singer-Songwriter from the North East of England who as a boy traveled a lot due to the nature of his father’s work in the Church Army.

Later in 1972 settling in Bradford in West Yorkshire where he lived through adulthood taking on a number of jobs but not really settling in any of them. As a boy he always had a keen interest in music and the guitar and his parents took the plunge and bought him his first guitar, a Jumbo sized Echo 6 string. It had a wonderful tone and a massive sound and Andy loved it though at first like most boys, struggled to get to grips with it.

With the aid of his teacher and mentor “Mr. McCleroy” Sadly now passed on, he became to know how to put together a tune and play the basic chords, enough to start writing his own songs. His first song “Where is She” was a hopeless drone of a tune which soon fell into the shadows of history but he soon learnt the art of song-writing with the help of his songwriting heroes of the era namely Tom Paxton, John Denver, Van Morrison and others of that ilk however his love was for rock, though he never really gained the ability to sing with that rock voice.

His heart was rock, his style always fell to Rock. However his songs as he grew older had a depth and heart that soon caught the imagination of the local folk scene and he went on at the tender age of 30 to win the coveted Folk song of the year award with the song “Hero” a tune dedicated to the heroes who fought and fell in the first world war.

Constantly writing he amassed a number of memorable songs and was soon writing for and with others around the country.

In 1994 he co-wrote with his longtime friend Martin Dawson of Skipton, the award-winning album “The Sentinel” a collection of self-penned tunes dedicated to the local community in and around Skipton Northern Yorkshire. He then moved on to pastures new and moved over to Northern Ireland where he is still living.

In 2008 Andy released the album “Join The Dance” which was produced by friend and Grammy
Nominated Recording artist Vinnie James. inducing tracks like the title Join the Dance, dedicated to an old character of Keighley Town who is now sadly gone but never forgotten, Harold. It also included a new recording of the song Hero and amassed wide critical acclaim both at home and abroad. The Hero also got a video made of it and has been played around Europe and has even been used “In part” in TV and film.

With extensive gigging around the UK and constant writing, Andy has built up quite a reputation and has been lucky enough to share the stage with some of the most influential artists and bands in the business including West Yorkshire based band Smokie, Tom
Paxton, Christie Moore Also the Saw Doctors and Doctor and the Medics.

With Andy’s High influence in Folk music, it seemed an unlikely teaming when he teamed up with a Fellow musician in Sweden who was famous for Progressive Rock music. Colin Tench, of UK based Progressive Rock band Bunchakeze and the Colin Tench Project, was approached by Andy to help take on a lifelong ambition to turn an old traditional Scottish folk song called The Mingulay Boat Song, into an epic Progressive Rock Song. Colin being the laid back kind of guy he is, obviously said why the hell not? Together they approached other musicians including Marco Chiapini from Italy who played Keyboards and was well known for his own brand of Prog in Italy, Stef Flaming in Belgium for Bass who was in the Rockband Murky Red, From Belgium Victor Tassone who is a renowned Drummer and a key founder member of the New York Prog Rock band Unified Past. Andres Guazzelli of Argentina a renowned musician and Composer were approached for extra Keyboards & Orchestration. With this line-up, the song Return To Mingulay was reborn and has become a popular version of the classic folk song.

However, they didn’t stop there and the Album Return to Mingulay was born, a 9 track Album which amongst boasts had the famous Lorelei McBroom to sing on the track 6000 friends along with Andy, providing another dimension to what was already considered to be a great track. Lorelei is a backing singer with Pink Floyd, Aussie Floyd, and The Rolling Stones to name but a few she has toured with and was a great addition to the band of musicians. The Album was released through Melodic Revolution Records
The Story Continues so Watch this space