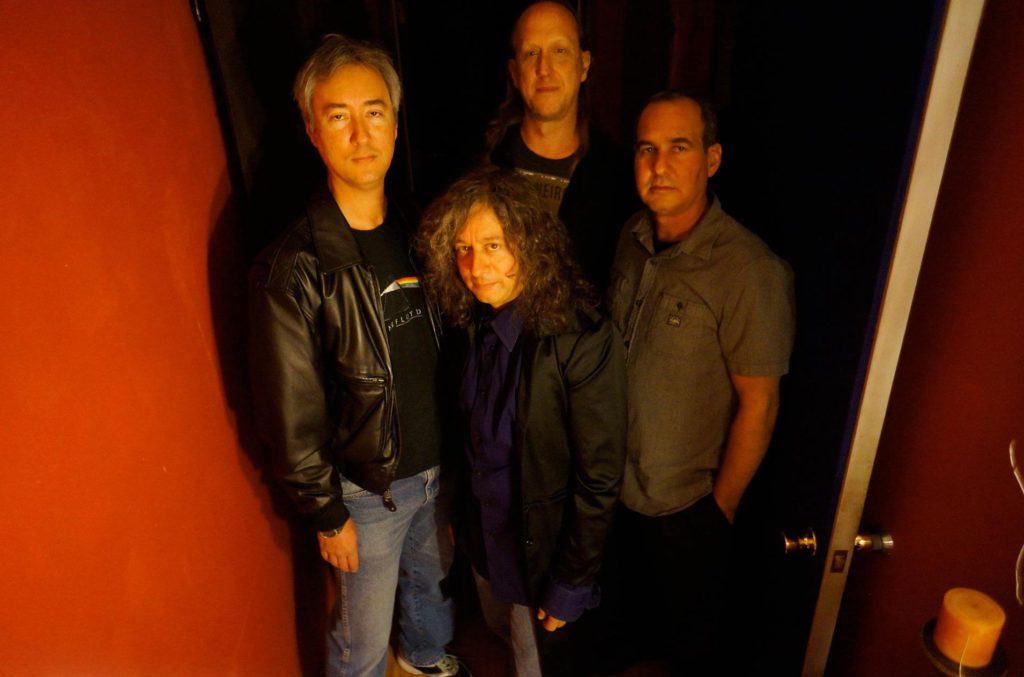 FOREVER TWELVE is a progressive rock band based out of Los Angeles, CA who have made some inroads in the ever-growing genre of prog. Playing festivals such as Prog West and Baja Prog as well as many local venues they’ve shared the stage with the likes of Rocket Scientists and Mars Hollow.

John Baker has received favorable reviews from both journalists and fans alike for his unique voice – often likened to Geddy Lee (Rush), Jon Anderson (Yes), Burke Shelley (Budgie) and for his melodies and lyrics. Baker’s songs have also been picked up by publishers and performers around the world, including Kristi Yamaguchi. Baker has also performed and toured internationally with Mars Hollow, The Little Girls, and Harvey Sid Fisher, as well as lead vocalist for progressive rock band 2KX.  He has also performed on many other artist’s releases, most recently Nikki Squire’s “Esquire.” John is also an award-winning audiobook engineer, which he has been doing for many years, and has also engineered, produced, mixed, and recorded many musical projects throughout his career.

Steve Barberic started taking music lessons when he was 8 years old, studying classical and jazz on both piano and Hammond organ. At 12 years old, he discovered and became a fan of ELP, Genesis and Yes. At 18, he started playing in various bands and began writing original music. During college, he played with various other musicians and continued his progressive rock journey.  In 1993 after answering a classified ad, he formed Forever Twelve with a guitarist and bassist.

Tom Graham grew up playing in bands in his native Kansas before moving to California to pursue music.  After exploring many genres, he settled-in with Forever Twelve, and progressive rock.

Fernando Martinez became interested in playing drums as a teenager, inspired by Yes, Genesis, ELP, King Crimson and other progressive rock pioneers.  Adding the influences of rock music and jazz, Martinez developed his own unique style.  He has played and recorded with many musicians throughout the years.