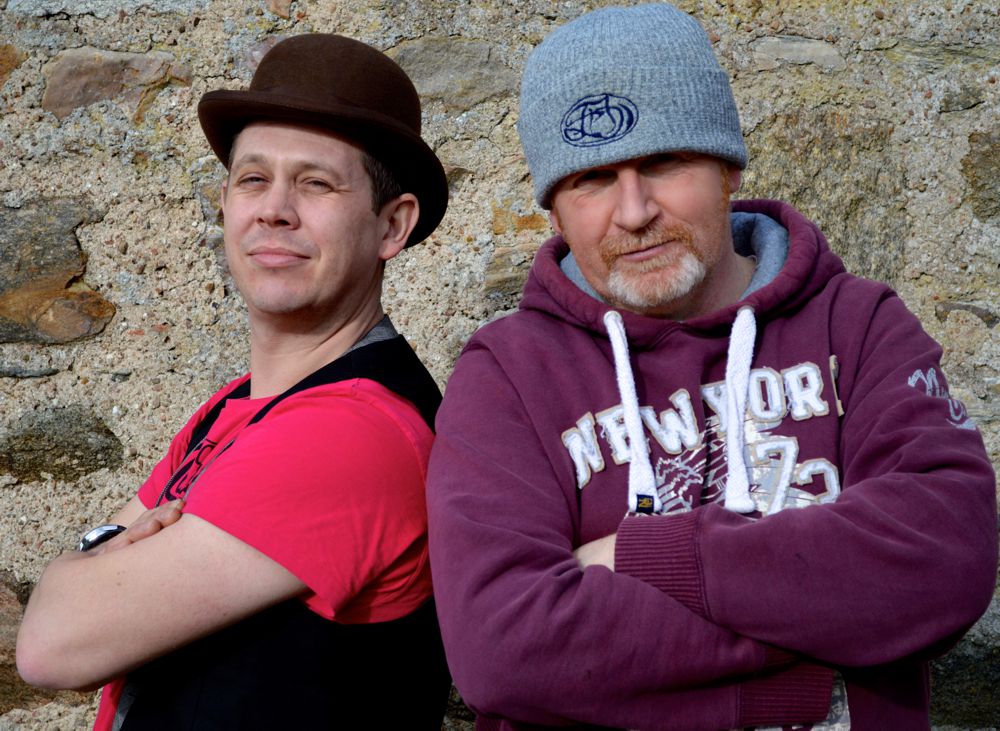 “Roads To Damascus gives a substance to the Bizarre minds of Calum “Cammy”Jamieson & Steve Simms, who work with a cast of session musicians when recording and gigging. Steve & Cammy are RTD and they live in the North East of Scotland.

In 2008, as guitarist and songwriter Calum, neared completion of an hour long concept piece, he realized that he needed a singer, who could bring his songs to life. He found via a local music website, Steve who added his own drama to the dark and sometimes, tongue-in-cheek word play, contributing lyrics to 2 instrumental tunes, and editing some phrasing to suit his vocal style, as he said “Those lines are great mate, but at some point I will want to breathe”. They then enlisted the help of local drummer Matt Wright to record their eponymous album now known as “One”. Calum played all the other instruments on the album, which was the produced by Niall Mathews (of PALLAS fame) at his Crathes Mill Studio. “One” was released in December 2009.

For the second album “R2D2”, they enlisted the help of drummer Dave White and Mike Bruce, who both have a huge amount of experience in UK bands. Cammy played keyboards on the album. They briefly recruited a keyboardist for LIVE shows, but that never worked out, although the band gigged for a year on the back of the second albums release in April 2012 through MELODIC REVOLUTION RECORDS, who signed them on the strength of it.

It took the boys 2yrs, to write the 2nd album and now in 2014 they are getting to the latter stages of demoing album 3, which is called “PRECIOUS EMPIRES”.

Why did it take so long? Well Cammy managed to break his arm, and then his spine, which stalled proceedings somewhat while he went through Rehab & Physio. It has however given them a chance to think about direction and the sound for the third outing. Dave White will be taking the drum stool in the studio and Brian Downie will provide Bass.

Precious Empires has a companion book (available through AMAZON as a paperback and Kindle publication) which gives some background to the concept of the album. Written by Steve, it is both personal and fictional.

Cammy & Steve have a lot of life experience, and draw from similar musical references. Strong on tunes, performance, personality and ideas. Looking for new ways to represent the thoughts that bubble around inside their skulls. It’s about party, tears and tantrums. All life is present, they want to share and involve you in their music, and become a part of the music collection in your soul.