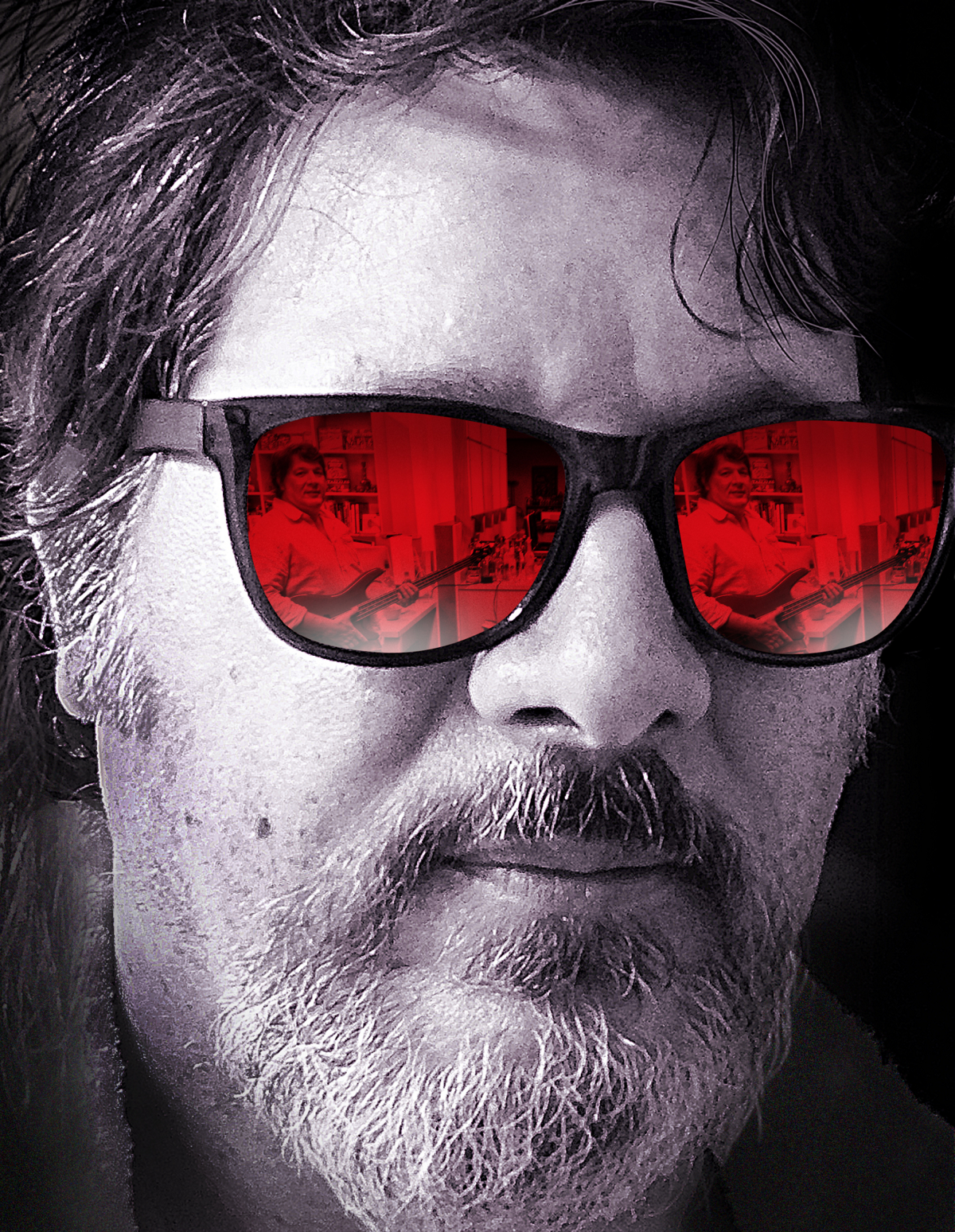 Leon Alvarado is an artist and composer who has recorded with an impressive list of musicians such as Rick Wakeman, Bill Bruford, Trey Gunn, Billy Sherwood, John Goodsall and Jerry Marotta among others.

Leon’s music first came to light with the release of “Plays Genesis and Other Original Stuff” (released on Dec. 2008). An album of Genesis cover songs intertwined with original material composed in the various styles that Genesis had throughout their lengthy career. For that release Leon worked with Ty Tabor (King’s X) and Tony Cousins (mastering engineer responsible for a big bulk of the Genesis box sets) to ensure that the record had the “Genesis” sound he was aiming for. Some of the tracks can be found on Armando Gallo’s Genesis I know What I like app.

Leon took a different musical direction with his third release: “2014, Music From An Extended Universe” (released on Oct 2014). With the help of King Crimson’s veteran Trey Gunn, they created an album of esoteric textures and musical structures that Leon often describes as being “Crimson-Light” in nature. The CD’s output is augmented by the percussion of Jerry Marotta (Peter Gabriel) and the ambient duo better known as Cyber Zen Sound Engine.

In 2015 Leon released a musical short movie title “PERSISTENCE” and a companion single in CD that included the soundtrack and another of his previous songs as a B side. Trey Gunn once again provided the guitar and bass work on the project.

Leon’s latest release titled “The Future Left Behind”, is a concept album based on a short sci-fi story written by the artist himself. It is his most ambitious project to date. For this particular full-length album, Leon enlisted the help of Billy Sherwood (Yes), Rick Wakeman and the talents of Johnny Bruhns (acoustic guitar) and Steve Thamer (as the narrator). The album has proven to be a success with the critics and modernizes the nostalgic idea of the true concept album.

When not making music, Leon is a successful graphic designer and illustrator who has worked for many record labels, concert promoters and occasionally working directly with bands. Among the distinguished artists that Leon has done work for are: Jethro Tull, Yes, Jeff Beck, Phil Collins, Peter Gabriel, Brand X, Deep Purple, John Entwistle, King’s X, The Australian Pink Floyd Show and many more.

Leon sees both his graphic work and his musical output as part of a greater picture that encompasses all of his disciplines within the arts.

2016 The Future Left Behind
Billy Sherwood: Lead and rhythm guitars on all except for “To Be Loved”
Rick Wakeman: Moog solo on “Launch Overture” and extra keyboards
Johnny Bruhns: Acoustic guitar on “To Be Loved”
Steve Thamer: Narration

2014 Music from An Expanded Universe.
Trey Gunn: Bass,
Warr Guitars on all except 5
Jerry Marotta: Taos Drums on 1,2
Smith6079: Atmospheric guitars on 2
Gracenotex: Atmospheric keyboards on